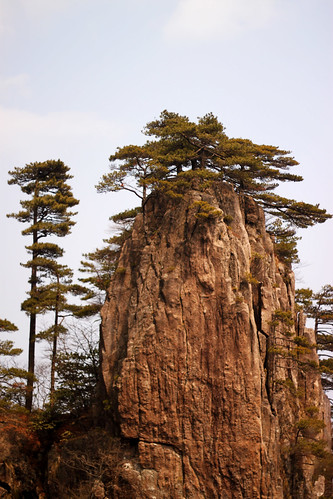 END_OF_DOCUMENT_TOKEN_TO_BE_REPLACED

After a weekend hiking the various beauteous ridges of the Huangshan mountain area, I am left a little bereft of words. I saw a number of them available at the park: most of the various points of interest were all named hilariously, like a bunch of Christian inspirational albums masquerading as a mountainous region. Of course, with these words in mind, and my own words sapped out of me by so much sun and hiking, I’m a little dry on things to bring to you. My legs are achey, and so is my face, so here are the pretty pictures, is what I’m saying.