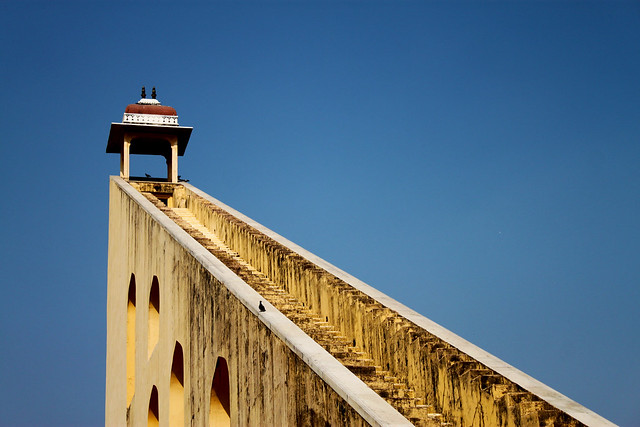 How lovely! Do you suppose there’s a Port-o-potty at the top?

Fireworks rocketed heavenward, fizzling and popping, exploding into colour and light. They shone across the curvaceous roof of the Golden Temple, out across the nearby streets, and all throughout Amritsar. Hindu, Sikh, and Muslim alike were celebrating the festival of lights under a blanket of stars, walking barefoot in the night, necks craned back to scoop up so much of the fiery sky.

It was beautiful and serene and majestic. At least, I’m pretty sure it was, as I mostly watched through my hotel window.

A day before I had ordered something called “stuffed potatoes” at a restaurant, assuming that it would be maybe one potato, jammed full of spinach and curd and curry paste. In fact it was a half-dozen potatoes, stuffed with this and other such delicious detritus, and also possibly rocks and moustachio trimmings and shaved gold, and I felt duty-bound to at least make some sort of valiant attempt to consume the mighty offering placed before me. It seemed like a perfectly reasonable idea at the time.

END_OF_DOCUMENT_TOKEN_TO_BE_REPLACED

Christmas vacation loomed, a spectre haunting every conversation, a weight making every exchange fraught with expectation. The population of an international school is inherently migratory, several dozen flocks of geese all congregating together for this one moment in the history of space and time, each collection and each individual always on the verge of taking wing and disappearing into the sky. A holiday meant a great dispersal, a casting of our fragile community to the wind.

People everywhere talked vacation – destinations and ticket prices, buses and trains, planes and sturdy shoes. Many were homeward bound, to America, to the Philippines, to Korea, to England, to Australia. Canadians were thin on the ground, until I happened into conversation with a Newfoundlander.

We regaled each other with mutual Canadian paraphernalia, inasmuch as people who lived in vastly differently places in an enormous country could share a culture. We talked about the cold, about warm mittens and toques, about hot chocolate in a Tim Horton’s mug. We talked about shovelling snow and eating food, about the pristine quiet, about the slang and the voice. Her harsh, nasal, Maritime /a/s and my newscaster southern Ontario prattle betrayed only when I say the words boat and hose.

Nostalgia dripped from our conversation like a generous portion of maple syrup. We could understand one another’s wants, one another’s yearnings, without difficulty. We had a mutual reference point, an understanding of the word home that meant roughly the same thing, or as same a thing as you can get nestled far away in China. Christmas conjured up the same kind of visions, the same legends of Santa, the same kinds of cookies and the same kinds of turkey, the bitter winds and the bursting cold, the soft flutter of a million million snowflakes and the feeling of a down jacket over four layers of sweaters, and the sea of stars that littered the night like sand along a beach.

END_OF_DOCUMENT_TOKEN_TO_BE_REPLACED

My taxi slid to a stop just outside of a pristine theatre, its front edifice gridded by marble pillars. People milled about on the stairs and sat in the sunshine on a warm weekday afternoon. Faith spotted me seconds after I put my first trepidatious foot on Guanajuato soil.

We talked the usual travel talk, I told her about my flight, about immigration. The sun beat down, and my friend bought be an icy, canned margarita. She then led me down an alley and to the pathway that I would come to know all too well.

I began to think of the people of Guanajuato as absurdly friendly, but this was partly because of my interactions on the daily trudge up and down the callejón. 15 minutes on rocky stairways and creeping, twisty alleys led all the way up to my friends’ beautiful, Mediterranean Sea-blue house, and this path had to be forded multiple times per day, step by painful, sweaty step. The others on the road saw my pain and knew it all too well, as this burden was shared amongst all.

I made the trek with my friends back and forth, multiple times per day, sweat pooling on my back and all over my feet. Once or twice I felt fairly certain I would just crawl into a doorway and beg for succour, plead with whatever pleasant Mexican person was inside that they just let me rest there, perhaps become a part of the family, and work towards becoming a valued member of Mexican society, so long as I didn’t have to climb any longer. Up and down we marched, and every old lady, every young man walking a cadre of adorable dogs, every posse of children and grocery shoppers and lovers would nod, smile, and wish us a pleasant afternoon.