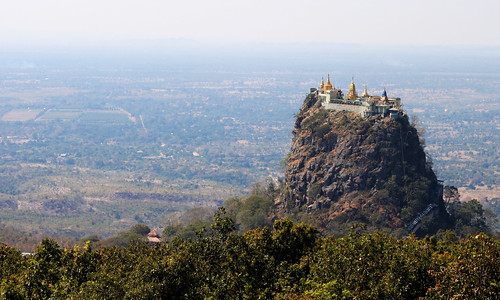 I never personally fit into these fantasies, into these escapist constructions of world-tromping, of gallivanting around the globe. To imagine myself so nonchalantly boarding planes seemed absurd and wasteful. The lives of the airborne were not something I would ever cognitively process let alone participate in, and so to work myself into visions of them would feel out of place. It would be a fever dream of bewildering sensation, trying to imagine myself as something I could never really comprehend, like an amoeba or a jaguar or a human being who enjoyed the television program The Big Bang Theory.

Even as I got on my first plane to Europe, I never really fathomed that I would become what I thought of as a capital-T Traveller. Travellers made tromping the world a priority. Travellers ventured down new roads, ate strange things, carried backpacks and returned with artefacts and fistfuls of stories. They had an air about them of impermanence, that if you touched them they would be half-solid, a non-Newtonian fluid of a human just barely held together in space and time.

My transition was gradual and unnoticed, a portrait of me in an attic somewhere is growing ever more sneering and grotesque. World travel simply began taking up more of my life as a function of work, and then also as a function of hobby, and further still as a means of visiting friends and family for important life events. Where once I spent hours trudging the internet for research, investigating every single angle of possibility, assured that I would meet my end somewhere along the terrifying road beyond, now I simply log onto my usual sites, trust my lackadaisical sense of superiority and immortality, and traipse off to the airport whenever I feel the urge to.

Sometimes, I am confronted abruptly my how much I have normalized my situation, by how ordinary I have made the extraordinary. My mind has paved over what I previously thought of as mountainous, has excavated and flattened out what I once thought was perfectly absurd. I live the life of someone who I generally did not think existed as a child, someone who I assumed made up. Someone who has problems that I would have found unfathomable; problems that now I find it utterly hard to imagine ever being without.

I had just finished filling out a long, laborious survey telling Cathay Pacific how well groomed their flight attendants were, and how their attempts to make me feel “unique and special” were mostly satisfactory. Our plane drifted softly into Hong Kong airport from Singapore, and I checked the transfer boards. My flight ominously had no gate assigned, despite the fact that it was leaving in approximately 40 minutes. I jogged through security and burst onto the scene, looking for an office in which to inquire and then, almost certainly, complain.

My flight was delayed, and while there was another flight leaving for Shanghai earlier, I was smuggling a bag of Australian goods for a friend. I would make it to Shanghai earlier, but the big purple suitcase of chocolate and rum and shoes would not.

I grumbled at the delay, and then switched gears to prepare for my landing. I would have a private car waiting for me on the other side of the mainland Chinese border, and would need to ensure that they would wait around. I contacted my friends in China to send a missive to the logistics operator of our school, who had arranged for my vehicle, to inform them of my changed arrival.

Messy bureaucratic nonsense and logistical problems taken care of, I trudged the airport, penniless (or at least in terms of local currency) and surging with ennui. I was bored with this airport, which had none of the glossy grandeur of Changi or the terrifying efficiency of Incheon international; I was running low on battery power on my phone; I was dreading the long car from Pudong to Suzhou.

It struck me then, as it does a little bit now, that I have developed stupid concerns. That my problems seem kind of made up, or bourgeois and flighty. I have the problems of an insane person, or a character in a wacky travelogue. I worry that soon I will begin complaining about the imperfect climate of the tropical paradises to which I journey, that I will find my elegant cuisine not perfectly suited to my delicate, pasty-white palate. I start to recognize that I sound like a turd with wings, a douchebag soaring outrageously, hideously through the obnoxious skies.

12 thoughts on “Flight of the Douchebag”